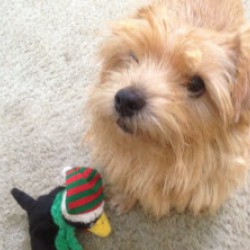 You might have seen the hype around Anne Rice's noble cause to save the online virtual world from a pack of meanie book reviewers and forum members.  How is she doing it?  She is circulating a petition to encourage Amazon to expose the real life identities of EVERYONE who posts comments or reviews on the site. We are talking millions, if not billions, of people potentially impacted.

So far, she has gathered just less than 5,000 signatures. Compare that to the Amazon users it will impact, it's a very small number.  Since I personally don't see Amazon ever implementing any significant changes based on a group no larger than a small farm town in the Midwest, I see this as a philosophical debate only. Should anonymous comments and reviewing be banned? How many people would still post comments and reviews if their full name was exposed?  Will people favor their safety and privacy over the need to write reviews? And, will this really slay the bully dragons once a for all?

And then there is Amazon.  The hurdles they would have to jump to make this happen would be astounding: legal issues, public relations issues, and certainly technical issues. And then there are the children to consider. How many reviewers are teenagers age 13-17? No way would Amazon allow their identity public knowledge. Privacy advocate groups, who are well funded and organized, would slam this down so fast it would make these authors head spin.

As far as 'bullying' on Amazon, some of their stories are heart breaking. I don't blame them for wanting recourse. But others are just silly. Some of these authors felt bullied when a reviewer pointed out their bad grammar, or when the reviewer didn't finish the entire book. Those are NOT all stories of real online bullying, but many of authors who simply got their feelings hurt.

I have read through many posts by authors who support this, most of who believe this is the fix needed to stop the bullying.  And I will acknowledge that it might help to a degree. But those who really want to be anonymous on Amazon will still find it quite easy.  (Seriously, buy a gift card at a drug store, open an account under your chosen name, and then buy something for $1 off that gift card. Presto! You have a new Amazon account with the name you chose, and have posting privileges anywhere on their site.)

Personal safety, stalkers...etc. are also real issues being ignored by this crowd. Everyone has a different moral compass, so feeding complete strangers someone's real life information could result in some dangerous situations. We have already seen many authors and reviewers turn vigilantly when they obtain 'their enemy's' real identification, all in hopes of crucifying and shaming them. Many of these situations began over honest actions such as negative review of the book.

I am really sad to see these authors supporting this. I don't think many are really thinking it through. It would severally taint the pool of honest reviews, skew them to mostly five-star reviews, and stop a lot of great conversations.  And while social media sites such as Facebook uses real identities, keep in mind that the users can control who sees their accounts, who can comment...etc.  Since users will not be able to manage who sees their information, I  suspect many people will decide to stop posting completely.

But I will support the authors who support this petition in the only way I can. Yesterday I deleted a 5 star review on Amazon to support one of the authors who signed the petition. My reasoning? If she doesn't support anonymous reviewers, then I won't insult her with one.

Lastly, do keep in mind the great impact such a policy would have. How many people do you think would still post reviews (positive or negative) of erotica books? I have to wonder how many erotica authors signed that petition not understanding it would mean far fewer honest reviews for their books.

Bottom line, any author who wants to be the next E.L. James, they will need those anonymous reviews to get there.